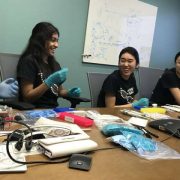 Earth’s atmosphere shields life on the ground from cosmic radiation that can damage DNA.  Astronauts in space have no such protection, and that puts them at risk. An investigation on the International Space Station examines DNA damage and repair in space in order to help protect the long-term health of space travelers.

An organism carries all of its genetic information in its deoxyribonucleic acid or DNA. This blueprint for life takes the form of specific sequences of nitrogen bases: adenine, cytosine, guanine, and thymine, represented by the letters A, C, G and T.

One type of DNA damage is double strand breaks, essentially a cut across both strands of DNA. Cells repair these breaks almost immediately, but can make errors, inserting or deleting DNA bases and creating mutations. These mutations may result in diseases such as cancer. Genes in Space-6 looks at the specific mechanism cells use to repair double strand breaks in space.

The investigation takes cells of the yeast Saccharomyces cerevisiae to the space station, where astronauts cause a specific type of damage to its DNA using a genome editing tool known as CRISPR-Cas9. The astronauts allow the cells to repair this damage, then make many copies of the repaired section using a process called polymerase chain reaction (PCR) with an onboard device, the miniPCR. Another device, MinION, is then used to sequence the repaired section of DNA in those copies. Sequencing shows the exact order of the bases, revealing whether the repair restored the DNA to its original order or made errors.

The investigation represents a number of firsts, including the first use of CRISPR-Cas9 genetic editing on the space station and the first time scientists evaluate the entire damage and repair process in space. 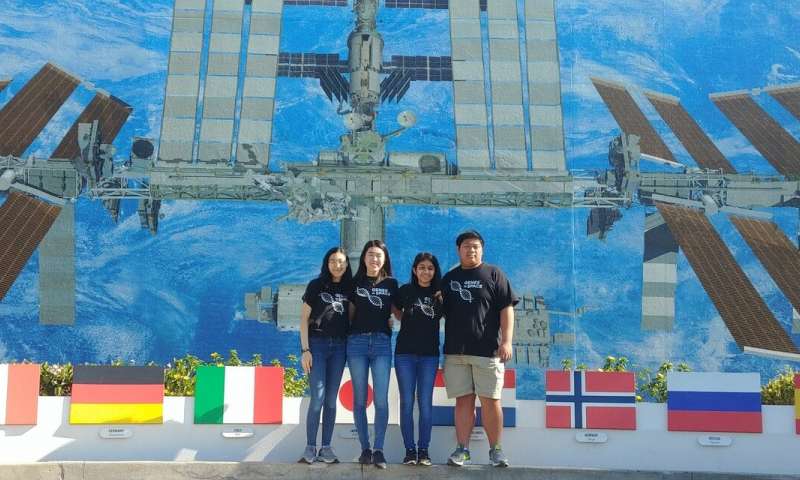 The Genes in Space-6 student team. Credit: GENES IN SPACE

“The damage actually happens on the space station and the analysis also happens in space,” said one of the investigators from miniPCR Bio, Emily Gleason. “We want to understand if DNA repair methods are different in space than on Earth.”

This investigation is part of the Genes in Space program. Founded by miniPCR and Boeing, the program challenges students to come up with DNA experiments in space that involve using the PCR technique and the miniPCR device on the station. Students submit ideas online, and the program chooses five finalists. These finalists are paired with a mentor scientist who helps them turn their idea into a presentation for the ISS Research and Development Conference. A panel of judges selects one proposed experiment to fly to the space station.

“We want to inspire students to think like scientists and give them the opportunity for an authentic science experience that doesn’t cost them anything,” says Gleason. More than 550 student teams submitted ideas last year. The Genes in Space-6 investigation student team includes Michelle Sung, Rebecca Li, and Aarthi Vijayakumar at Mounds View High School in Arden Hills, Minnesota, and David Li, now a freshman at the Massachusetts Institute of Technology (MIT) in Cambridge, Massachusetts. Their mentor is Kutay Deniz Atabay at MIT. 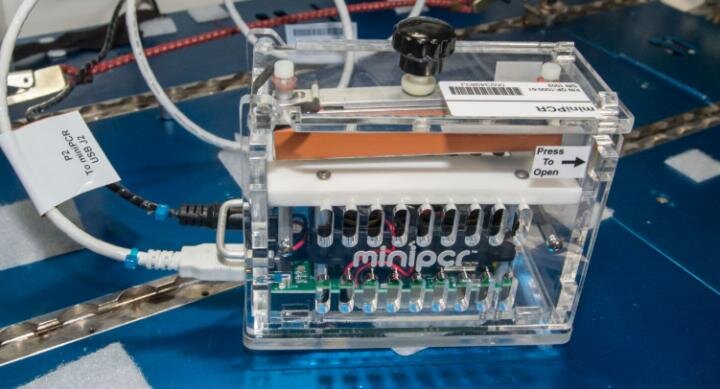 The miniPCR device, used to make multiple copies of a particular strand of DNA in space. Credit: NASA

“One thing the investigation will tell us is yes, we can do these things in space,” said Gleason. “We expect to see the yeast use the error-free method of repair more frequently, which is what we see on Earth; but we don’t know for sure whether it will be the same or not. Ultimately, we can use this knowledge to help protect astronauts from DNA damage caused by cosmic radiation on long voyages and to enable genome editing in space.”

The procedures used in this investigation may have applications for protecting people from radiation and other hazards in remote and harsh locations on Earth as well.

Validation of use of the miniPCR thermocycler for Ebola and Zika virus dete...
Scroll to top