Winning Genes in Space DNA experiment to be performed aboard ISS

New York, NY, June 1, 2015. Boeing, the Center for the Advancement of Science in Space (CASIS), Math for America (MƒA), and miniPCR named five finalists in the first ever Genes in Space competition. The innovative contest called for students in grades 7 through 12 to design an experiment to solve a real-life space exploration problem through DNA analysis. The winning experiment will be performed aboard the International Space Station (ISS) using a miniPCR machine.

The five finalist teams will receive mentoring from R&D scientists from Harvard University and the Massachusetts Institute of Technology who will help refine the experiments and make them feasible for space. The teams will present their proposals to a prestigious panel of scientists, educators, and technologists at the ISS Research and Development Conference in Boston, Massachusetts, July 7-9. The winner will be announced at the conclusion of the conference and have their experiment performed 250 miles above the Earth aboard the ISS. Members of the winning team will also be invited to watch the launch of their experiment into orbit.

“Innovative competitions like this help inspire and motivate the next generation of engineers, scientists and astronauts,” said Scott Copeland, manager for ISS Research, Systems & Specialty Engineering at Boeing. “The intelligence and ingenuity of these students is encouraging for the future generation that will keep humanity exploring the far reaches of our solar system and beyond. The Boeing team is proud of its role in helping deliver these excellent experiments to the space station.”

Boeing, CASIS, MƒA, and miniPCR launched the contest to foster creativity, collaboration, and critical thinking among young innovators bridging the biological and physical sciences. The finalists were chosen from a competitive group of 330 applications from across the country. The proposed experiments cover a wide variety of topics, from the genetic code of alien life to the changes in astronauts’ microbiomes before, during, and after a trip to space.

Anna-Sophia Boguraev (16) from Bedford, NY, who aims to test the effect of microgravity and cosmic radiation on the immune system in space. The budding biochemist has loved science since elementary school when she did a science fair project that used a blender to extract DNA from household vegetables.

Jonathan Chang (17) and Thiago Bandeira (16) from Sammamish, WA, who submitted an experiment to test the damage caused to DNA by OU-20 bacteria, which can survive on the exterior of the International Space Station. The students propose to expose the bacteria to cosmic radiation, then use the DNA testing technology to analyze changes in its genetic code.

Alyssa Huff (16) from State College, PA, who would like to use PCR on the International Space Station to develop a detection method for extraterrestrial life by testing natural and unnatural genetic material in space. Alyssa has always been interested in pushing scientific boundaries and is captivated by the unknown.

Jaclyn Shuttleworth (16), Jon Hamilton (17), and Sarah Golden (17) from Braintree, MA, whose experiment intends to study the effect of radiation in space on a DNA sample and aims to find possible shielding mechanisms to protect against damage. Jaclyn, Jon, and Sarah hope to combine their love of science and service to become doctors one day.

“Math for America is excited to take part in this unique contest and applauds the creativity of all of the students who participated,” said John Ewing, MƒA president. “Opportunities like these make STEM education tangible and engaging for children and adults alike. Promoting curiosity and creative thinking in secondary school helps today’s student scientists become our biochemists and DNA researchers of tomorrow.”

PCR is a method for making copies of a particular sequence of DNA in order to detect or conduct experiments on that sequence. Since PCR instruments are so complex and expensive, miniPCR created a compact version to make high-level science more accessible to the general population, scientists, and educators. DNA amplification has never been conducted in space before, and the winning proposal from Genes in Space will become one of the first DNA amplification experiments ever to be done outside of the Earth.

“We are so excited to announce the extremely well-qualified finalists for Genes in Space. We are amazed by the sophistication of the proposals and cannot wait to meet these future scientists. These young innovators will open up a new era of DNA exploration in space; this kind of adventure is why we created miniPCR,” said Sebastian Kraves, Co-Founder of miniPCR.

“The International Space Station is humankind’s greatest learning platform, and CASIS is honored to partner with Boeing, MƒA, and miniPCR on sending student inquiries into microgravity,” said Ken Shields, director of Operations and Education Initiatives at CASIS. “Congratulations to our five finalist teams, we are excited to see how your research unfolds during the next stage of Genes in Space!” 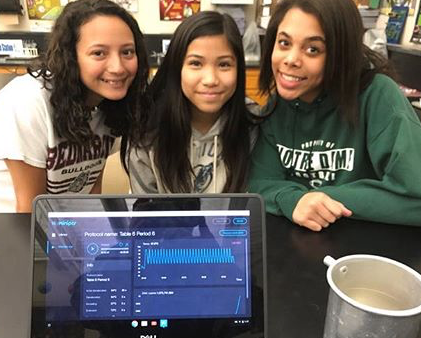 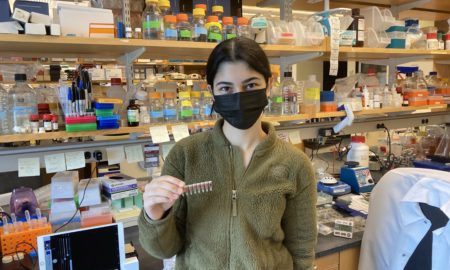 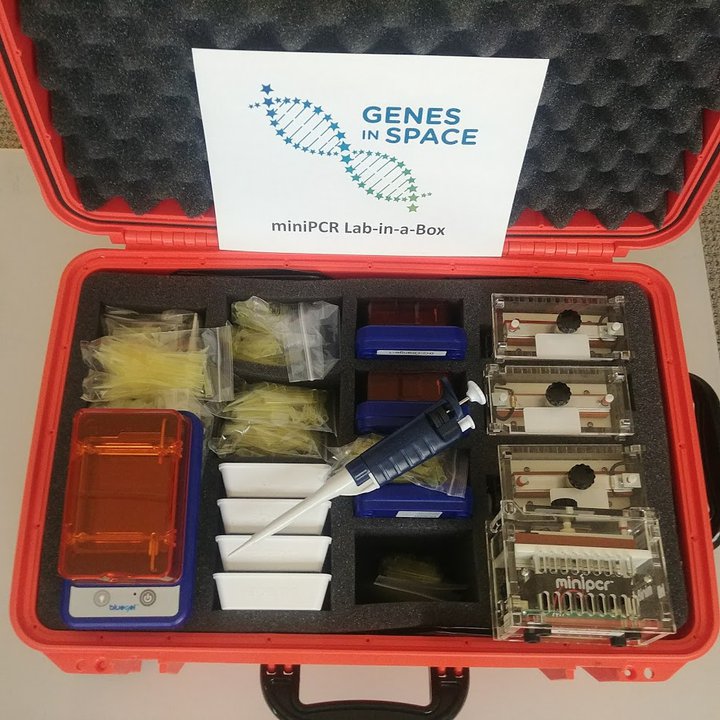 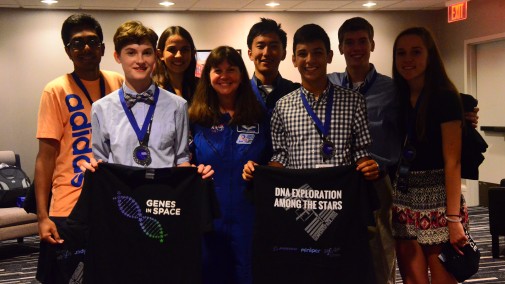 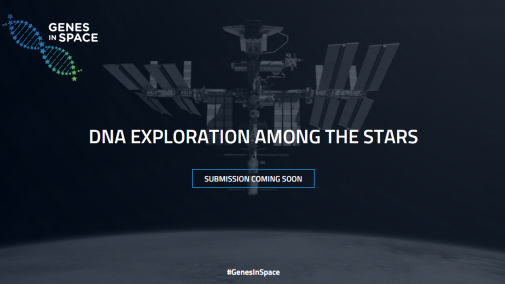